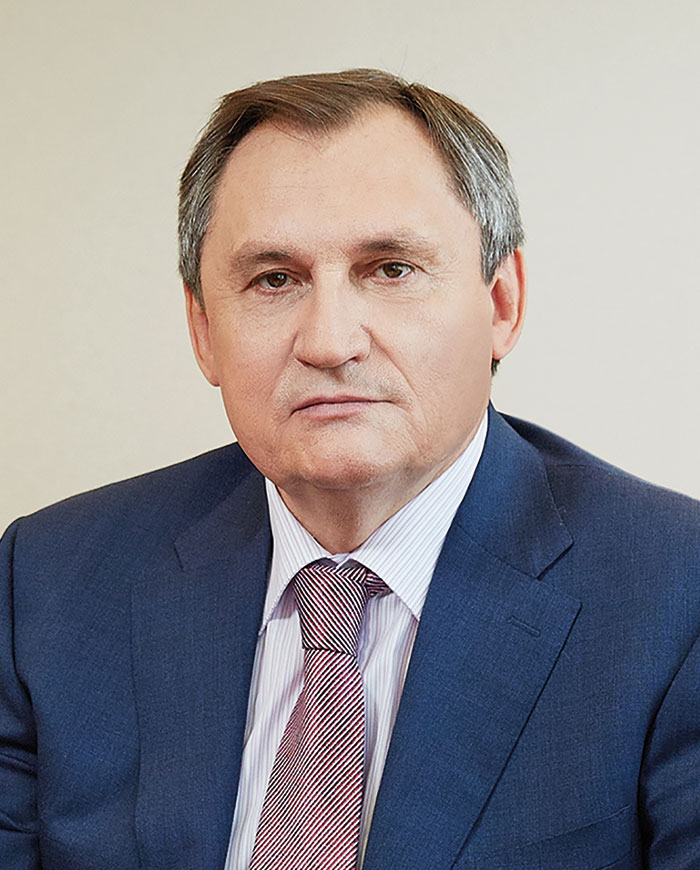 Nikolay Shulginov
Chairman of the Management Board – CEO of PJSC RusHydro

These results are not accidental. They reflect high professional level of staff of branches and subsidiaries, correct management decisions made in 2016 and the fact that a state-controlled company can be efficient in market environment.

It is important to mention that these record figures were achieved in a challenging economic situation, on background of significant business optimization measures. RusHydro in the reporting year proved that it is one of the leaders of the national power industry and an efficient and modern company which is responsible for the infrastructure development of such an important Russian region as Far East.
Having evaluated the results of our work in 2016 and the Company’s position as one of the strategic elements for the economy of our country, the international rating agency Standard&Poor’s raised the credit rating of RusHydro to the sovereign rating of Russian Federation (BB+) with a «positive» outlook.

The Company continues construction of new generating facilities in the Far East: three thermal power plants in Yakutsk, Sovetskaya Gavan and on Sakhalin, which are being built in accordance with the President’s Decree N 1564 of November 22, 2012, and the construction of two hydropower plants – Nizhne-Bureyskaya and Ust-Srednekanskaya HPPs. In December 2016 the second lap of the construction of the first Far Eastern next generation power plant – the second stage of Blagoveshchenskaya TPP with electric capacity of 120 MW and thermal capacity of 188 Gcal/h was completed.

In the reporting year two new hydropower plants were also commissioned in the North Caucasus. Zaragizhskaya HPP with the capacity of 30 MW was built in Kabardino-Balkaria and became the third stage of the Nizhne-Cherekskiy Cascade. Zelenchukskaya HPP-PSPP with capacity of 160 MW in the pumping mode and 140 MW in the turbine mode was built in Karachay-Cherkessia. Both power plants make significant contribution to reliability of the unified energy system of the South.

The reporting year was a year of hard work aimed at addressing issues of the Far Eastern energy sector, primarily its debt load. The Company managed to find an efficient scheme to solve the problem of the debt burden of companies consolidated under the RAO ES EAST and to implement it in the early 2017. By issuing additional shares the Company raised 55 billion rubles which were fully directed to pay off the loans of the Far Eastern operating companies which suffer from the shortage of funds to implement their modernization and repair programmes.

Consistent and safe operation is possible only providing timely modernization of equipment. First 5-year period of the Complex Modernization program (CMP) of RusHydro was completed in 2016. During these 5 years 67 turbines, 57 hydro-generators, 51 power transformers and 164 high-voltage circuit breakers were replaced and reconstructed. The total growth of installed capacity following the results of the CMP in Volzhskaya, Zhigulevskaya, Kamskaya, Saratovskaya and Novosibirskaya HPP equaled 66.5 MW, taking into account that the complex modernization of the Kamskaya HPP was fully completed. Replacement of hydro-units by more efficient ones in the course of CMP realization resulted in increase of total capacity of the RusHydro HPPs by 267 MW which can be compared to commissioning of a new HPP of Miatlinskaya HPP scale.

Substantial efforts in 2016 were put into reducing the costs and the alienation of non-core assets. Ultimately it brought 24 billion rubles to the Company, including due to sale of dams of the Angara Cascade and the sale of the Energy Retail Company of Bashkortostan LLC. The activities aimed at the costs optimization will be continued in 2017.

The actions taken in 2016 were preparation for the integration of executive bodies of RAO ES EAST into PJSC RusHydro and the creation of the Far East Division as a single management structure, which already happened in 2017. The integration of the executive bodies was going in 2016 simultaneously with the activities aimed at the reduction of the debt burden and preparation of the decision regarding mechanism for electricity tariff alignment. Simplifying the organizational structure, reducing number of management levels, eliminating duplication of functions in the Far Eastern Holding were a logical development of similar measures which were earlier conducted in RusHydro.

The further actions of the integrated and modern management team will be aimed at realization of goals of the Development Strategy of the RusHydro Group for the period up to 2020 with a perspective up to 2025 which was approved in June 2016. This is a strategy of an established working community that is confident about its future.
Today RusHydro incorporates hydropower and thermal power specialists, repairers and retailers, researchers and project designers and many other outstanding professionals. These people take credit for the undisputed achievements of this year, and from all my heart I would like to thank all the employees of RusHydro, its branches and subsidiaries for their work in 2016. I believe that in 2017 we will not lose momentum and continue to raise the efficiency of our generating facilities, the reliability of energy supply to our customers, ensuring the growth of value for our shareholders!